Crazy Tunnel 3D is a cool skill game in which you can make a ball roll as long as possible past lots of obstacles.

Use the arrow keys to move the ball right, left, up and down and train your hand-eye coordination. Roll past all the obstacles in Crazy Tunnel 3D, jump over them or slide under them. With each new attempt you can increase your high score and already skillfully jump over the pulsating rings or avoid dangerous spikes. Unlock new orbit styles in the cool space environment alongside hot suns and cold planets, and get excited rather than distracted by the exciting effects in Crazy Tunnel 3D. 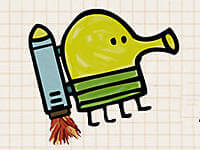 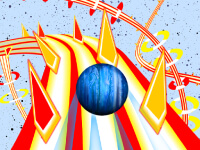